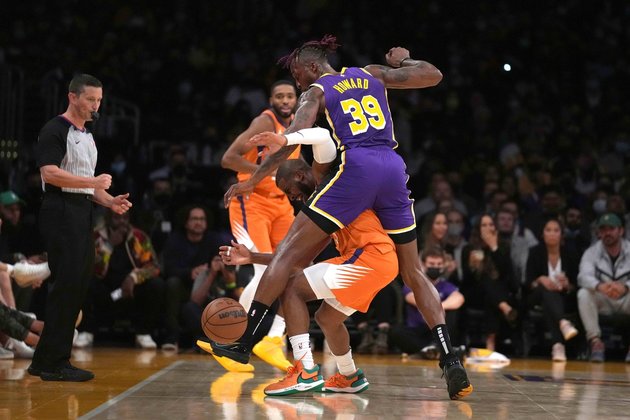 A historic night for Chris Paul was marred by two incidents, one an altercation between Lakers teammates Anthony Davis and Dwight Howard, during the visiting Phoenix Suns' 115-105 triumph over Los Angeles on Friday night.

In a game matching two teams that had lost at home in their season openers, Paul led the Phoenix bounce-back effort with 23 points and a game-high 14 assists.

His most significant tally came on a free throw in the second quarter that not only produced the 20,000th point of his career but also made him the first in NBA history to achieve both that milestone and 10,000 assists.

Paul became the 47th player to reach 20,000 points. He ranks fifth all time in assists.

As the Suns were en route to a 57-44 halftime advantage, Davis confronted Howard at the Lakers' bench during a Phoenix timeout a few minutes after the veteran big man had committed a hard foul on Paul and subsequently mishandled an alley-oop pass.

Howard didn't back down and was nearly pushed through the bench as fans in the pricey first row scattered.

After getting nine minutes of playing time in the first two periods, Howard only left the bench in the second half to serve as a cheerleader. He wore a white sleeveless undershirt over his jersey top.

In a game that also featured five technical fouls, Rajon Rondo had a run-in with a fan in the third quarter when the Lakers guard was pointing at the man following a soft drink having been thrown or spilled on the sidelines. The man slapped Rondo's hand away, then was quickly escorted away by security guards.

LeBron James finished with 25 points and Davis 22 to go with a team-high 14 rebounds for the Lakers, who trailed by as many as 32 points before getting as close as 107-95 on an Austin Reeves 3-pointer with 1:51 to play.

Crowder then countered with a 3-pointer and the Suns, who had fallen to the Denver Nuggets in their opener, kept the Lakers at arm's length the rest of the way.

After a lackluster Lakers debut in a loss to Golden State on Tuesday, Russell Westbrook nearly registered a triple-double, finishing with 15 points, 11 rebounds and a team-high nine assists. Carmelo Anthony added 16 points off the Los Angeles bench. 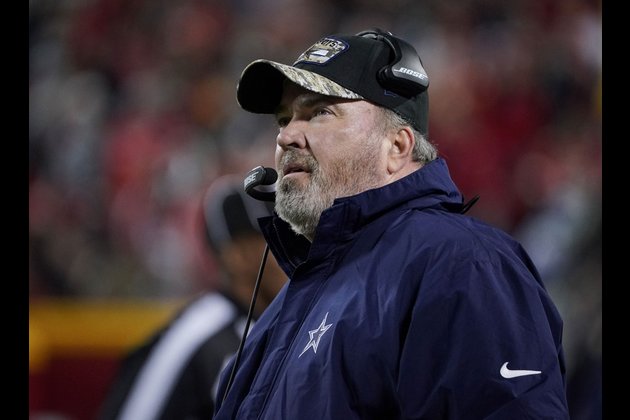 The Dallas Cowboys expect to have coach Mike McCarthy back on the sidelines for Sunday's game at Washington. McCarthy has ...