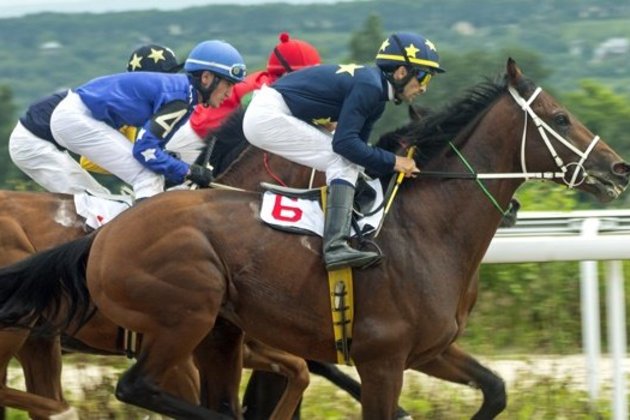 Gordy & Sons Outfitters in Houston stocks almost anything an outdoors enthusiast could want, from a knife inlaid with 45 000-year-old woolly mammoth tusk fossil to a with a stock made of fine-grained walnut.

Store founder Russell Gordy knows his customers' desires well. They are, after all, just like him.

Gordy, 68, got very rich in the oil and gas business and ploughed a chunk of his wealth into ranchland in Texas, Wyoming and Montana that's paradise for anyone who likes to hunt and fish. Gordy has passions for both, and 239 000 private acres to indulge them.

He spent about $100m (R1.4bn), starting in the early 1980s, to accumulate four recreational retreats, including one roughly the size of Philadelphia in central Wyoming, where streams run rich with trout, and a ranch with a quail plantation 470km southwest of Houston, where he built a $5 million (R72m) hacienda-style hunting lodge replete with a cavernous trophy room.

He's America's 58th-largest landholder - tied with another well-known family - according to the Land Report and data compiled by Bloomberg.

Gordy began his ranch-buying spree with a 114-acre parcel in the deep woods of east Texas. In Montana, his holdings span 49 000 acres on the Yellowstone River. All of his properties are now worth about $200m (R2.9bn), according to Bloomberg calculations.

Acquiring land for recreation is a common motivator for today's ultra-rich buyer. A unique property with stunning vistas and vast acreage has become its own class of luxury asset and, unlike, say, fine wine, it can be enjoyed while it appreciates.

The quirky pastimes of billionaires often require huge amounts of open land. The world's richest person, Jeff Bezos, spent time as a youth castrating cattle on his grandparents' Texas ranch. Today he has his own rural idyll: 420 000 acres of desert scrub in Texas, where he indulges his passion for space exploration. In Kentucky, investor Brad Kelley owns 3 300 acres, where his Calumet Farm has bred some of the best racehorses in history. Third-generation cattle rancher Mike Smith owns a Texas luxury ranch with a 3 200-acre wildlife preserve.

Massive purchases of open space by moneyed buyers are shifting the traditional ownership model of ranches and small farms, most of which have historically been family-owned. They're also creating new pockets of wealth as asset-rich, cash-poor farmers sell out.

Gordy's interest in buying the land for pleasure has helped him close deals with wary sellers. He recalls going to talk to the 92-year old owner of the Wyoming ranch, a doctor who'd bought it from his former patient, Bryant Butler Brooks, Wyoming's seventh governor. When he arrived, the doctor asked him to sit in the car while he met with his wife and two sons for an hour.

"He wanted to make sure it had a good steward because it had only had one other owner," Gordy said. "These ranchers don't want to see the land developed. Even though they could probably get more money, they'd rather someone like me buy it who will keep it in its original condition."

There's some irony in his preservationist mind-set. A onetime roughneck-turned-wildcatter, he amassed a fortune through oil-and-gas exploration. Today, he drills and operates wells throughout Texas and the western US through myriad closely held firms such as SG Interests and Gordy Oil Co. Through an entity called RGGS, he owns mineral and surface rights on 1.5 million acres, which he bought from US Steel in 2004 for an undisclosed price. He doesn't run the mines but does collect royalties: "My wife calls it 'mailbox money'," Gordy said.

In 2016, the Bureau of Land Management cancelled leases that had been issued to SG Interests to drill on 21 000 acres in Colorado's Thompson Divide, a stretch of mountainous public land notable for its elk herds and trout fisheries and prized by hunters, ranchers and hikers. SG sued over the cancelation, which the bureau imposed after the environmental-permitting process that allowed the original leases was deemed to be flawed.

READ: The world's richest women - and how long it'll take them to catch up with Jeff Bezos

SG dropped its legal challenge last year after the government agreed to pay the company $1.5m for investment costs incurred.

Some places are appropriate for drilling, while others-like his ranches-are not, Gordy said. "It's tough when people tell you what to do on your own land."

The billionaire venture capitalist took a fight over banning the public from his beachfront property in Malibu, California, all the way to the Supreme Court. He ultimately lost, but his case is emblematic of the age-old tension between recreationists and landowners.

Brothers Farris and Dan Wilks, the 12th-biggest landowners in the U.S., with more than 700 000 acres, made their money from fracking technology and have repeatedly drawn public ire for erecting fences and cutting off access to their land in Montana and Idaho. A recent report by the Theodore Roosevelt Conservation Partnership found that 6.4 million acres belonging to the public in Western states are landlocked and accessible only with permission from private property owners.

Gordy, for his part, allows public access to a quarter of his land and limited access on another third. That's good news for trekkers and hunters because-to the chagrin of his wife-he's not done buying.

He recalled , the 1985 Larry McMurtry novel about retired Texas rangers driving a cattle herd to Montana.

"I want to repeat that," Gordy said. "I just don't want to get off my ranch."

IMF predicts Indian economy to grow at staggering 11.5 per cent

New Delhi [India], January 27 (ANI/Big News Network): India will reclaim the status of the world's fastest-growing economy, and will ...

On Friday, January 22, 2021, the Treaty on the Prohibition of Nuclear Weapons (TPNW) became international law for the 122 ...

WASHINGTON, DC, January 26 (ANI) - The U.S. Senate has confirmed Janet Yellen to be the next Secretary of the ...

President Joe Biden has issued an executive order that overturns a ban on transgender people serving in the U.S. military.In ...

Report: Jared Goff will have to compete for Rams' QB job 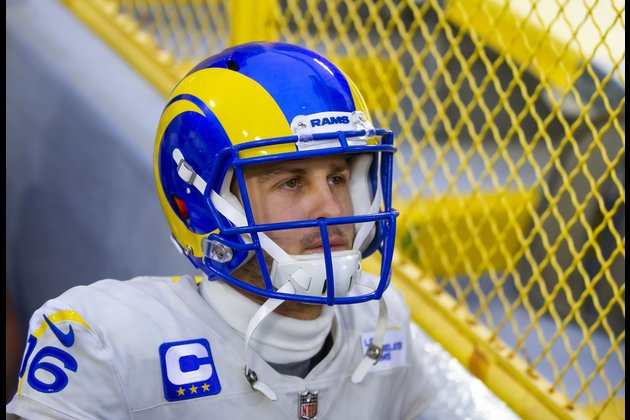 Jared Goff will have to compete to be the Los Angeles Rams starting quarterback in 2021 if he's not traded ...

President Joe Biden has issued an executive order that overturns a ban on transgender people serving in the U.S. military.In ... 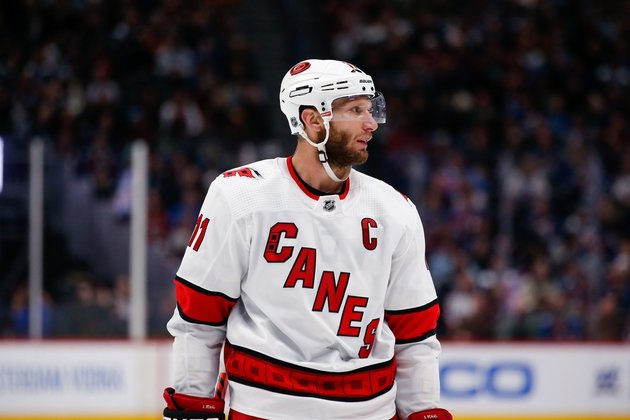 The Carolina Hurricanes will learn the effects of an early season layoff when they return to play Thursday night against ... 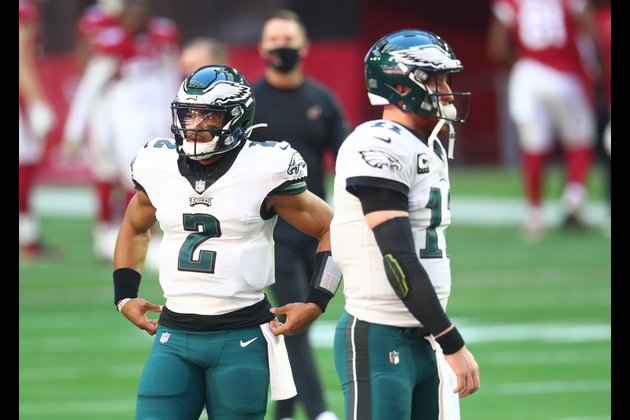 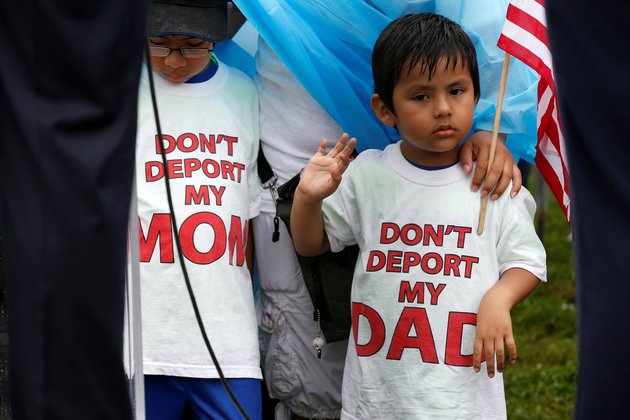 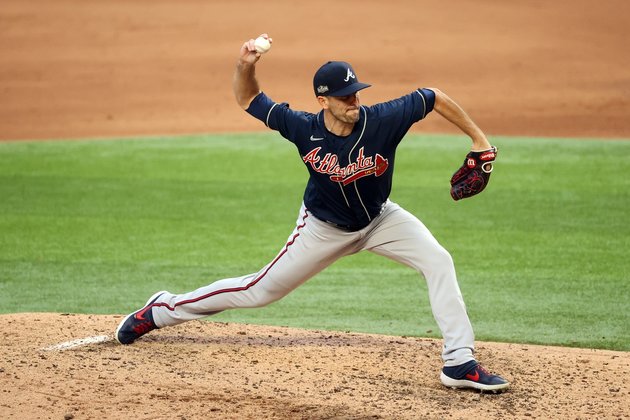 The New York Yankees have agreed to terms with veteran relief pitcher Darren O'Day on a one-year deal, multiple outlets ... 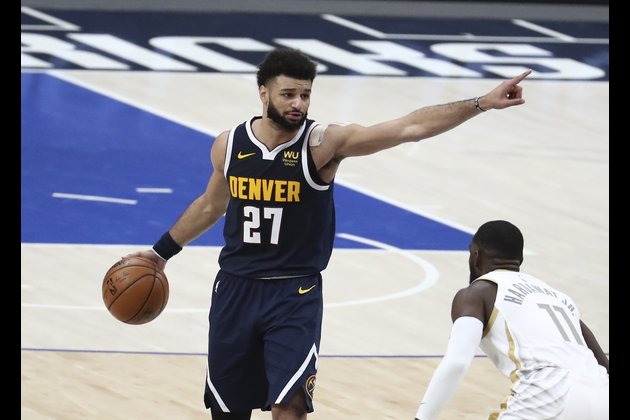